I am sure that there are many euphamistically named Spring Drives around. Named with regard perhaps to a season, neighboring drives of Winter and Autumn.  Or perhaps simply enough, Spring, without any thought except how to make some bit of former corn field inoffensive and slightly wistful and optimistic about green things and fresh, clear water.  Without waxing poetic about living in Kentucky, land of limestone aquifers and home of bourbon whiskey, I happen to live on Spring Drive: one with an actual spring.  Several doors down from me, water bubbles up from the ground and feeds a small stream.  This is painted from life, 6″x6″, watercolor on paper.

A few more pages from the sketchbook.  Charcoals—I seemed to be in a heavy mood this day.

It’s been a while…I’m still here.  A few random doodles from the sketchbook that I found interesting enough to scan.

Internet for the Rest of the World

I love disruptive technologies; especially when they are inexpensive, fly in the face of commercialized internet services, and promise to put information in the hands of a large number of people who otherwise lack access to information.

Outernet is just that.  I became aware of Outernet a year ago: a relatively low-bandwidth free satellite internet downlink delivering 20mb of information daily across nearly all the globe.

The first time I read about Outernet, the downlink was on Ku band satellite; users were re-purposing dish-tv antennas.  I was intrigued, but time prohibited me from experimenting.

Fast forward to 2017, and for the sale price of $69.00 US, an L band satellite receiver now sits on my windowsill.

Comprised of an L-band patch antenna, a tiny low-noise amplifier, a software defined radio dongle and a single board C.H.I.P. computer, it’s an amazing little appropriate-technology system.   Save even a few more dollars and build your own antenna from a soda bottle and aluminum foil.

This is not internet-as-you-know-it.  At 2 kbps it will need to work at downloading for several hours.  After that, what you have downloaded is what you can read.  A variety of news from the BBC, Deutsche Welle, Voice of America.  Some satellite weather maps.  Some selected articles on Wikipedia.  Some digital packets uploaded via Amateur Radio APRS digital mode, and community-curated filecasting.  You can read what’s there, and honestly the content is probably deeper and better balanced than anything on television or radio.  It is not graphically rich, but there is quite a bit of  content.

There are not really links to click on, you read what’s there, and several hours later, you can see what’s new.  It probably won’t replace internet in most of the 1st world, but knowing that a few tens of dollars of parts gets you a satellite downlink over most of the world’s surface is pretty amazing.

I am not averse to soldering and programming, but this setup is workable out of the box.  An elastic band to hold the patch antenna to the box, the battery to hold it at an angle–plug the bits together and with a vague sense of what direction south-east is I had a whisper of a wifi connection  indicating I was downloading data from Inmarsat I-4 F3.

The entire rig fits in a container no larger than a box-set of DVD’s.  It boots up within seconds, and real-time interaction via wifi and a browser page allows the antenna to be angled for the lowest signal-to-noise ratio.  3dB should produce a connection, on a clear night through a window I see 10dB plus.  With overcast and condensation on the window the signal comes in at 6dB with no fuss.

What to do with it?

I don’t have a specific usage for this, aside from certain liberal-prepper instincts of disaster preparedness.  The idea of supporting a company which promises delivering low cost information into classrooms and homes around the world, places which currently have no access seems worth supporting.  The C.H.I.P. board, low noise amplifier and SDR dongle are easily enough re-purposed for other experimentation should one choose.

In short, I’m enjoying the service.  As some of you may know, I’ve cut off Facebook, favoring RSS feeds for news and direct interaction with friends.  This little satellite internet downlink in a box feels like it is an appropriate addition in my cable-cutting world.

Here is another little 6×6″ watercolor sketch.  This one came together quickly.  In the first sketch, I wanted to emphasize line and architecture:  I was captivated as much by the transmission lines as I was by the house.  This time I decided just to work the edges and build contrast with the brush rather than work back in with a pen.  It was the subtle tonalities that attracted me to the scene, the cream colored porcelain interior of the lids, the shift from saturated to dark reds in the sides of the French ovens.

I tried to work quickly, I allowed the reality of the need to clean up the kitchen to drive this.  When I saw the composition, it was just that.  A glimpse; the graphic shape of the two pots stacked, the differences in the reds of the tea towel and the pots.  I really love the idea of sketching from life, working on location, capturing the light and the scene as it happens, and I know that my desire to be a careful draftsman may work against that, and this was an initial exercise for me to speed up while retaining my desire to capture detail. 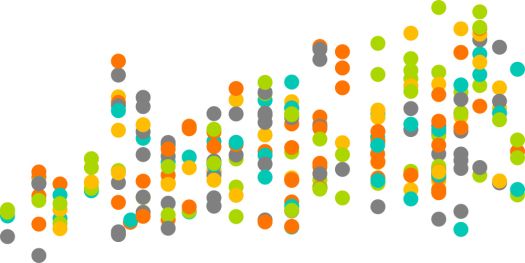 Explore empirical data that charts the history and development of human civilization at Max Roser’s site, Our World in Data.

via Our World In Data — Discover

Part of what I would like to do with this blog is capture the process as I begin to paint.  There is a tremendous amount tied up in this.  Firstly, the idea of “start where you are”, and how tightly connected with the concept of minimalism that is: that we do not lack, nor do we need to acquire in order to experience.  We have been told time and time again that there is something to grasp for, that what we have and where we are is inadequate.  “Oh, if I were along the banks of the Seine in Paris, I would paint…”.  That we have to be in the place which some how the collective psyche merits worthy, we have to purchase some thing or attain some membership or some degree to be taken seriously.  Not just that, but to allow ourselves to participate.  I want to tear that concept down.

I chose to start on New Years Day.  After I ate breakfast, I didn’t move.  I put pencil to paper.  The photographer in me, the editor, chose what to dis-include, but beyond that this is an act of reportage.  This is how the urban world looks.  I like the fact that the power pole, the transformer, and the power lines are there.  These things do not reduce my experience of the house behind it, rather they set it in its locational and temporal context.

Packaged up along with this is my sense of vulnerability.  I have produced photography for clients since January 1990.  I have certain expectations for my own work, and what I am willing to publish on the web with my name on it is framed by concerns of personal branding, a desire to land the next job, the next client.  I want to remove all of that and capture this process as I learn to see differently and learn to draw and paint.  I have not set pencil to paper with intention since middle school.  That probably means I have never set pencil to paper with intention to have anyone else see–to communicate.

The old website at www.terencemahone.com had served its purpose- but I’m almost two years past  seeking freelance work, and it needed to be retired.

I spent the better part of those two years considering what sort of web presence I wanted to project; at least thinking about it casually.  About six months ago I started thinking that the old site, neglected and not updated, was not aging gracefully.  I wasn’t producing content, not photographic content at least.  And there’s the rub.  While I still make my way through the world in the field of photography, what I contribute now is ideas, words, thoughts, and numbers.  I thought the new site should reflect the content I’m creating now.

I also wanted to begin to tear down the wall between the professional and the personal, and a blog seemed appropriate.  I think that perhaps blogs are a bit like trees:  the best time to have started one would have been twenty (er, well, at least ten) years ago. The second best time is now, so here we go.

So, auspiciously or not, I will choose the second best time to start a blog.  Conveniently, it’s also New Year’s.  Let’s get this started.